How to Prepare the Perfect Gram Stain (2022)

Testing
Posted by Halston Fabing on November 16, 2022
Comments are off
Like

If you are familiar with microbiology, then you are probably aware of the fact that the Gram stain is one of the most important techniques within the lab.

Gram staining does not only detect bacteria, it differentiates between gram-positive and gram-negative. Although there are automated systems, manual Gram staining is still a widely used method.

This is because of it’s innate accuracy.

Gram staining can detect and differentiate bacteria on a wide spectrum, including anything from the common Streptococcus (Strep throat) to deadly Listeria species.

If done correctly, a Gram stain should take minutes to complete. However, obtaining a culture for performing the Gram stain can take several days depending on the rate of bacterial growth.

This post will list the steps of the Gram staining procedure as well as other interesting facts such as what is a Gram stain and why is it important. By the end, you will be well-equipped to prepare the perfect Gram stain.

What is a Gram stain?
Why is Gram staining important?
How to prepare the perfect Gram stain
Selecting the culture
Prepping the slide
Fixing the cells
Applying primary stain
Applying Gram’s iodine
Applying decolorizer
Applying Safranin
Viewing the results under a microscope

What is a Gram Stain?

To put it simply, a Gram stain is a technique used to detect and differentiate harmful bacteria. These bacteria can be retrieved from patient specimens, as well as food, environment or other product samples.

Hans Christian Gram was a Danish microbiologist who developed the technique in 1884. Thus, naming the breakthrough technique after himself.

To complete a Gram stain, three basic steps must be followed. The bacteria is first stained with a crystal violet dye, then decolorized with a mixture of alcohol and acetone, followed by a red dye

Why is the Gram Stain Important?

The Gram stain is used to distinguish between gram-positive and gram-negative cells. It is the most commonly used method to observe and identify bacteria.

The Gram stain provides two important features: the Gram reaction (or color of the cell) and the cell morphology (or the shape of the cell).

Bacterial cells can be spherical (coccoid), rod (bacillus), or cork screw (spiral) in shape, and nearly all clinically significant bacteria can be differentiated into these three groups.

Knowing which type is causing an infection is critical to patient care.

The Gram stain differentiates cells based upon differences in the structure of the cell wall. The cell wall is made up of peptidoglycan, which consists of sugars and amino acids that form a layer around the plasma membrane of most bacteria.

How to Prepare the Perfect Gram Stain

The culture for a Gram stain depends on the specimen used. According to the National Library of Medicine, the most commonly used specimens are sputum, blood, cerebrospinal fluid, ascitic fluid, synovial fluid, pleural fluid, and urine, etc. Swabs from nostrils, throat, rectum, wound, and cervix can also be used.

Cultivating the culture is the longest part of prep for a Gram stain. It’s important that a fresh and healthy culture incubated between 18-24 hours is used. Cells older than 24 hours old can show variable results.

Once the culture has incubated for the appropriate amount of time, it’s time to prepare the slide.

Place a clean slide on a paper towel. Add one drop of sterile saline or deionized water to the center of the slide.

Take a sterile loop, and touch the edge of an isolated colony from the culture being tested.

Place the loop into the drop on the slide and swirl it around. Swirling helps distribute the cells evenly so the cells are a single layer thick.

It’s important to note that you should always use cells from a single colony to ensure that you are testing only one cell type rather than a mixture of cells.

Do not heat the slide. During the heating process the bacteria can be cooked and the cellular proteins can become denatured. Heating the slide also causes cell distortion, increases cell debris, and may cause erroneous Gram reactions. Instead, let the slide air dry.

The reason behind heating a slide would be to “fix” the cells. This means making sure that the bacteria does not wash off of the slide when applying the stain.

Like mentioned earlier, heating the slide can affect the quality of the bacteria.

A great alternative is to use methanol. Methanol fixation preserves the cells morphology.

Place or hold the slide over a paper towel. Then, flood the slide with absolute methanol and let sit for two minutes.

You can also dip the slide into a Copeland jar filled with methanol.

After two minutes, tilt the slide and drain off any excess methanol and let the slide air dry.

Do not wipe or blot the slide as this can remove cells.

Crystal violet is a dark blue purple dye and is considered the primary stain used in Gram staining. This is because crystal violet has the ability to stain all cells.

Gram’s iodine acts as a mordant in Gram staining. A mordant is also known as a dye fixative and is used to set dye in fabrics or cells.

This traps the crystal violet into the peptidoglycan layer, also known as the cell wall.

Flood the slide with Gram’s iodine immediately after rinsing off the crystal violet and let the iodine sit for one minute.

After one minute, rinse the iodine off of the slide with deionized water or tap water.

Decolorization is a critical step in Gram staining that reveals whether the cells are gram-positive or gram-negative. The decolorizer is composed of a ratio of alcohol to acetone.

When decolorizer is added to the smear, lipids are extracted from the cell wall of gram-negative bacteria.

Lipid extraction causes an increase in cell wall permeability (and the cell becomes leaky), resulting in the loss of the purple dye-mordant complex from the thin peptidoglycan layer in gram-negative cells.

Tilt the slide over the sink or tray and apply the decolorizer to the slide immediately after rinsing the Gram’s iodine.

It’s important to apply decolorizer drop-wise (slowly with a pipet). This allows for proper consistency and flow. Stop decolorization immediately after the blue dye stops running off of the slide.

Next, rinse the slide with deionized or tap water to neutralize the decolorizer.

The last stage before viewing the results is applying Safranin (or Carbol Fuchsin).

Safranin is a counterstain needed to dye the cells that did not retain the crystal violet. This allows a clear differentiation when viewing under a microscope.

Since the crystal violet “leaked” out of the gram-negative cells, they will now absorb the Safranin, staining them pink.

There will be no effect to gram-positive cells, since they retain the initial crystal violet stain.

Firstly, cover the slide with Safranin or Carbol Fuchsin and let it absorb for one minute.

Allow the slide to air by dry tilting it onto a paper towel or over a sink.

Alternatively, gently dry the slide by blotting using a lint-free bibulous paper. Do not use a wiping motion as this can remove the smear.

Viewing the Gram Stain Results Under a Microscope

Provided that all went well, the slide can now be viewed under the microscope.

Then, without removing the slide, switch to the high power oil immersion objective lens that is marked 100x.

This will result in an overall magnification of 1,000X.

Now, you should be able to see the two organisms routinely used for Quality inspection here at Hardy Diagnostics.

Gram staining is still widely used across scientific industries. It plays an important role in the detection of harmful bacteria and points us in the right direction for proper treatment and patient care.

Remember to use proper technique, personal protective gear, and avoid heating the slides as much as possible.

The perfect Gram stain is easily attainable with the right products and application.

Hardy Diagnostics provides all of the products you need to perform the perfect Gram stain.

You can find those products here.

Have any questions or feedback? Let us know in the comments.

We would love to discuss Gram staining with you.

After all, it’s what we do! 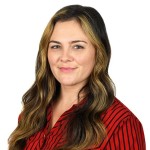 Halston is the Content Marketing Specialist at Hardy Diagnostics, a microbiology company that partners with others to cure and prevent disease. She has written in the medical science field and is studying for her Bachelor's of Science in Ayurvedic Medicine. She applies SEO best practices to all content in order to spread awareness and a powerful message. When she isn't creating awesome content she is practicing transcendental meditation, yoga asanas, and holistic cooking. All the while with her black lab, Pi, at her side.

I appreciate all the support you have given me lately. You are definitely amazing! I really enjoyed our phone conversation; it is a pleasure to talk to people like you!