No Proteus, No Problem

Starting off CHROM Month is HardyCHROM SS NoPRO. Before we talk about this innovative new media, let us first take a look at how it came to be. 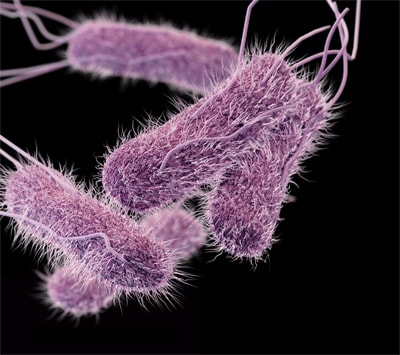 Salmonella spp. courtesy of the CDC.

In 1968, Hektoen Enteric Agar was introduced by the Hektoen Institute of Chicago. HE agar is a selective and differential agar used for the culture of Salmonella and Shigella from patient stool samples. HE agar contains indicators of lactose fermentation and hydrogen sulfide production while possessing inhibitors to prevent the growth of Gram-positive bacteria.

Unfortunately, HE agar also allows for the growth of Proteus which can lead to an abundance of false positives for Salmonella. It is because of this that Proteus has been given the name the “Great Imposter.” Proteus spp. are Gram-negative, saprophytic Proteobacteria and are therefore abundant in stool cultures. Many microbiologists over the years found themselves working “through the noise” that Proteus presented to try and find Salmonella cultures on traditional HE plates.

In 2012, Hardy Diagnostics introduced HardyCHROM™ SS agar which was a chromogenic selective and differential medium for the detection and cultivation of Salmonella and Shigella. The color differentiation on the plate was meant to help labs save time through the color identification of the different species of bacteria. H2S producing Salmonella would appear as large clear colonies with black centers while non H2S producing Salmonella and Shigella would show as teal colonies.However, the problem of Proteus still persisted.

HardyCHROM SS NoPRO™ removes time wasters not only with chromogenic differentiation of Salmonella, Shigella, and E. coli but the elimination of Proteus. With its outstanding sensitivity and

specificity, HardyCHROM SS NoPRO™ saves time and money by eliminating the need for the lab staff to work up suspect Salmonella and Shigella only to find out, after much time and expense, it is only Proteus.

This breakthrough was discovered by Hardy Diagnostics Research and Development Microbiologist, Alani Barajas.

While working on the development of a new product, discovered a new compound with activity specific to Proteus spp. This compound was added to the HardyCHROM SS NoPRO to eliminate the background Proteus spp.

Due to her brilliant observation, HardyCHROM SS NoPRO has easily revolutionized how we test for Salmonella and Shigella.

Hardy Diagnostics is proud to bring this breakthrough to the clinical market as we continue to partner with labs to diagnose and prevent disease.

Not a Hardy Diagnostics customer? Contact us at [email protected] and let our Culture of Service take care of your every need.

The humble beginnings of Hardy Diagnostics

I thoroughly enjoy your newsletter when it comes out. I really like the historical references. Thank you for having such a delightful paper.